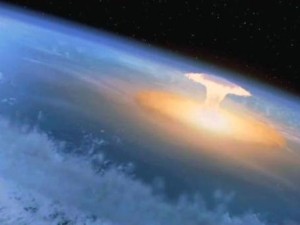 NASA’s Solar Dynamics Observatory (SDO) caught on camera a huge ‘Sun-nado’ swirling across the surface of [...] Exceptionally warm water has been increasing in the Pacific creating a perfect storm for the strongest El Nino since 1997, [...]