Earlier this week over parts of Victoria, Australia, an enormous hole seemed to open in the sky, mystifying residents who had little or no idea what they were witnessing, says Grind TV.

It turned out to be a rare cloud formation known as a fallstreak hole, which Linda Lam atWeather.com described as “a circular or elliptical gap that can appear in high- to mid-level clouds.”

The meteorologist explained that after water droplets in the clouds begin to freeze and grow, as ice crystals, they fall from the cloud and leave behind a hole.

The fallstreak hole phenomenon occurred over the Gippsland area, and the images that appear with this story were captured by residents and supplied to ABC Australia.

Some people on social media were referring to the formation as the “rapture cloud.” 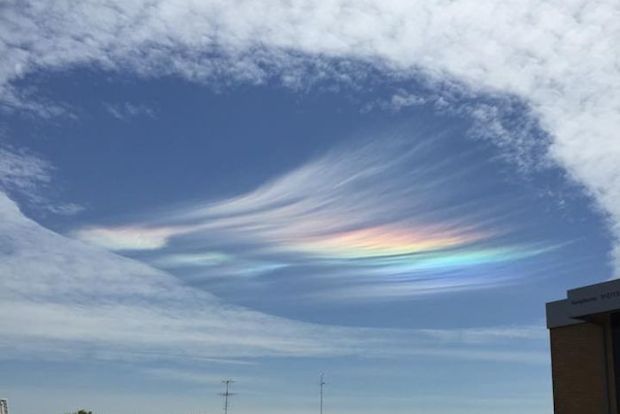 One of the witnesses, Ben Stewart, told the Daily Mail Australia that it looked like something out of the movie “Independence Day.”

“Other people spotted it as well, and most of the theories as to what caused it had to do with an aircraft or helicopter, definitely man made,”’ Stewart said. “One of my friends did say in jest that it was the rapture. It definitely looked out of place in the sky.

“I guess now we’re all just waiting for the mothership to come.”