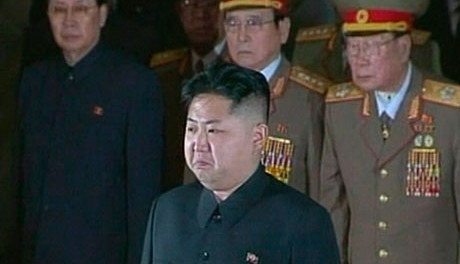 Seoul (CNN) — With Kim Jong Un out of sight for a month, three North Korean officials popped down to South Korea for a last-minute visit Saturday.

And they delivered a diplomatic bonbon.

The three officials told South Korea that Pyongyang is willing to hold a new round of high-level meetings between late October and early November, South Korea’s Unification Ministry said in a statement Saturday.

“Within my memory … there was never ever such a high-level visit. Never,” said North Korean analyst Andrei Kankov, from Seoul’s Kookmin University.

Right behind Kim, the “Dear Leader” himself.

It was a sudden “charm offensive,” Kankov said.

And it caused a media flurry, with South Korean television network YTN following the delegation’s moves via extensive live coverage.

The three gave Seoul short notice on Friday that they were dropping in officially to attend Saturday’s closing ceremonies of the Asian Games in the port city of Incheon.

Kim Yang-gon is one of North Korea’s top politicians responsible for dealings with the South.

Choe is the former head of the military but was replaced in May, triggering some speculation in the international press that he may have fallen out of favor with Kim Jong Un. But South Korean analysts say that he remains extremely influential.

He holds a seat as secretary on the Workers’ Party’s Central Committee, Pyongyang’s highest decision-making body, and commands preeminent authority over civilian affairs.

Choe is also chairman of the Sports Guidance Commission.

The officials’ Asian Games appearance was followed by a lunch with South Korean officials, and Seoul’s reunification minister greeted the North Koreans at their hotel.

The North Korean dictator has been conspicuously absent even from important state events, and Pyongyang officials have said Kim is “suffering from discomfort.” The last times he was seen publicly, he had gained weight and developed a limp.

A count of North Korean announcements about Kim’s public appearances went from 24 events in July to 16 in August — then to just one event in September. His last listed public appearance was a September 4 concert.

His absence has triggered speculation about the security of his position. But analyst Kankov doubts Kim is in political hot water.

He said he believes Kim is still in charge and is behind the troika’s visit.

“North Korean diplomacy has been engaged in concerted, well-arranged, well-managed efforts to improve relations with pretty much the entire outside world. And you would not expect it to happen with nobody in control,” he said.

“They want South Korean money and they want normal trade, which is subsidized by South Korea.”

In particular, they’d like the South to lift the so-called May 24 Measure, a heavy trade sanction taken in 2010 after the North Korean military sank a South Korean ship, killing 46 sailors.

Toning down the rhetoric

In stark contrast to the bellicose gesturing that has haunted relations in the past, North Korea and South Korea took conciliatory steps in each other’s direction in February’s first round of high-level talks.

North Korea took the initiative in proposing the talks as a measure to build trust. At the meeting, both sides agreed to tone down the harshness of their rhetoric.

Pyongyang has been particularly irked by joint military exercises between South Korea and the United States, and would like them to cease. The North views them as a prelude to an invasion.

Routine military exercises followed later in the same month the first round of talks was held, but were met with less vitriol and military bluster from the North than in the previous year. During joint U.S.-South Korean military maneuvers in 2013, Kim Jong Un flung aggressive threats at both countries and set his military in motion.

The North Korean side had not responded to the proposal until Saturday.