Candy corn has been an American classic candy for many generations primarily sold around Halloween, but its origins of the sweet confection is not widely known and holds an amazing American story of success.

It was in the 1880’s a confectionary genius named  George Renninger of the Philadelphia, owned a  PA-based business called Wunderle Candy Company. He created the tri-colored candy that resembled corn during the 1880’s and it was the Goelitz Confectionery Company began production at the turn of the century, and called the product “Chicken Feed.”

The three colors of the candy – a broad yellow end, a tapered orange center, and a pointed white tip – mimic the appearance of kernels of corn. Each piece is approximately three times the size of a real kernel from a ripe or dried ear.

It was marketed as a Fall holiday candy and though the methods of making this candy have changed over time, its recipe has remained the same for over 100 years.

Originally the candy was made by hand. Manufacturers first combined sugar, corn syrup, carnauba wax, and water and cooked them to form a slurry. Fondant was added for texture and marshmallows were added to provide a soft bite. The final mixture was then heated and poured into shaped molds. Three passes, one for each colored section, were required during the pouring process. 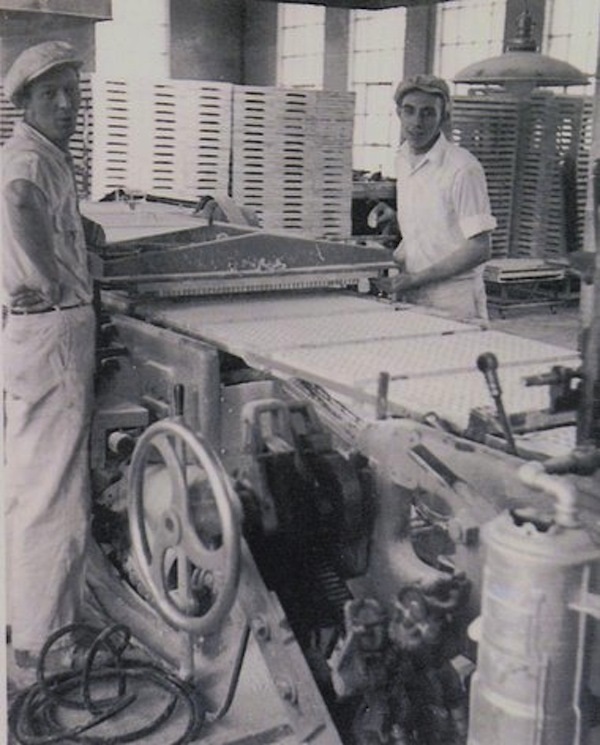 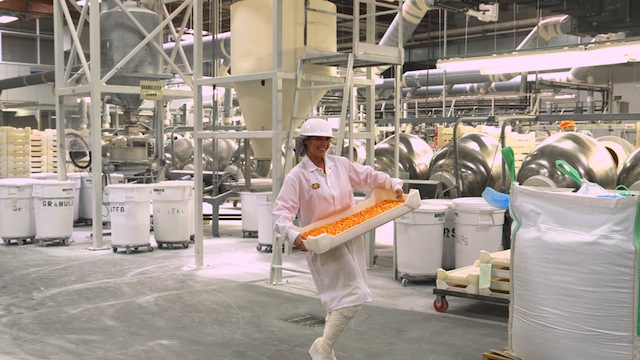 Today, around 4 million tons of the traditional Candy Corn is produced and sold in the US and Canada each year.

Confectioners have introduced additional color variations suited to other holidays. The Christmas variant (sometimes called “reindeer corn”) typically has a red end and a green center.

In the United States during Independence Day celebrations, corn with a blue end, white center, and red tip (aptly named “freedom corn”) can be found at celebratory cook outs and patriotic celebrations.

The Easter variant (sometimes called “bunny corn”) is typically only a two-color candy, and comes with a variety of pastel bases (pink, green, yellow, and purple) with white tips all in one package.

In 2011, there were caramel apple and green apple candy corn variants. In 2013 there were s’mores and pumpkin spice variants. In 2014, carrot corn was also introduced for the Easter season, typically being green and orange, and having a carrot cake type flavor.