Members of the ISIL Takfiri militant group have destroyed a renowned statue of a lion outside the museum in Syria’s crisis-hit central city of Palmyra, as they continue to wreak havoc in areas under their control.

The Syrian antiquities director, Maamoun Abdelkarim, said on Thursday that the statue, known as the Lion of al-Lat, was a matchless piece of art, reports PressTV.

“ISIL members on Saturday destroyed the Lion of al-Lat, which is a unique piece that is three meters (10 feet) tall and weighs 15 tons,” Abdelkarim said, adding, “It’s the most serious crime they have committed against Palmyra’s heritage.”

Abdelkarim said the statue had been covered with a metal plate and sandbags to protect it from fighting. “We never imagined that ISIL would come to the town to destroy it.”

A Polish archeological mission had discovered the limestone statue, a pre-Islamic Arabian goddess, at the temple of al-Lat in 1977. It reportedly dates back to the 1st century BC. 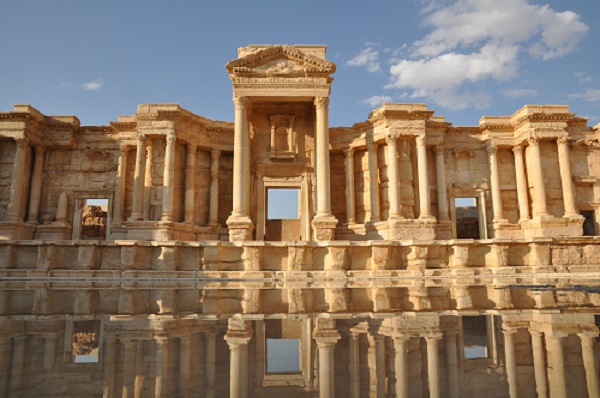 Allāt or al-Lāt  was a Pre-Islamic Arabian goddess who was one of the three chief goddesses of Mecca along with Manāt and al-‘Uzzá.

The shrine and temple dedicated to al-Lat in Taif was demolished on the orders of Muhammad, during the Expedition of Abu Sufyan ibn Harb, in the same year as the Battle of Tabuk (which occurred in October 630 AD). The destruction of the idol was a demand by Muhammad before he would allow any reconciliation to take place with the tribes of Taif, who were under his siege. Whether al-Lat means “the Goddess” is highly disputed. Goddess in Arabic is ilāhah (إلاهة, meaning “goddess”), and with the article the goddess in Arabic would be al-ʾilāhah.