North Korea sends out a cryptic radio transmission ahead of its annual ‘Day of the Sun’ celebrations plus displays submarine ballistic missiles.

North Korea displayed its submarine-launched ballistic missiles (SLBM) for the first time on Saturday ahead of a massive military parade in the capital, Pyongyang says Yonhap News.

North Korea warned the United States on Saturday to end its “military hysteria” or face retaliation as a U.S. aircraft carrier group steamed towards the region and the reclusive state marked the 105th birth anniversary of its founding father.

State TV showed images of the Pukkuksong-2 SLBMs on trucks waiting to be paraded in front of leader Kim Jong Un. 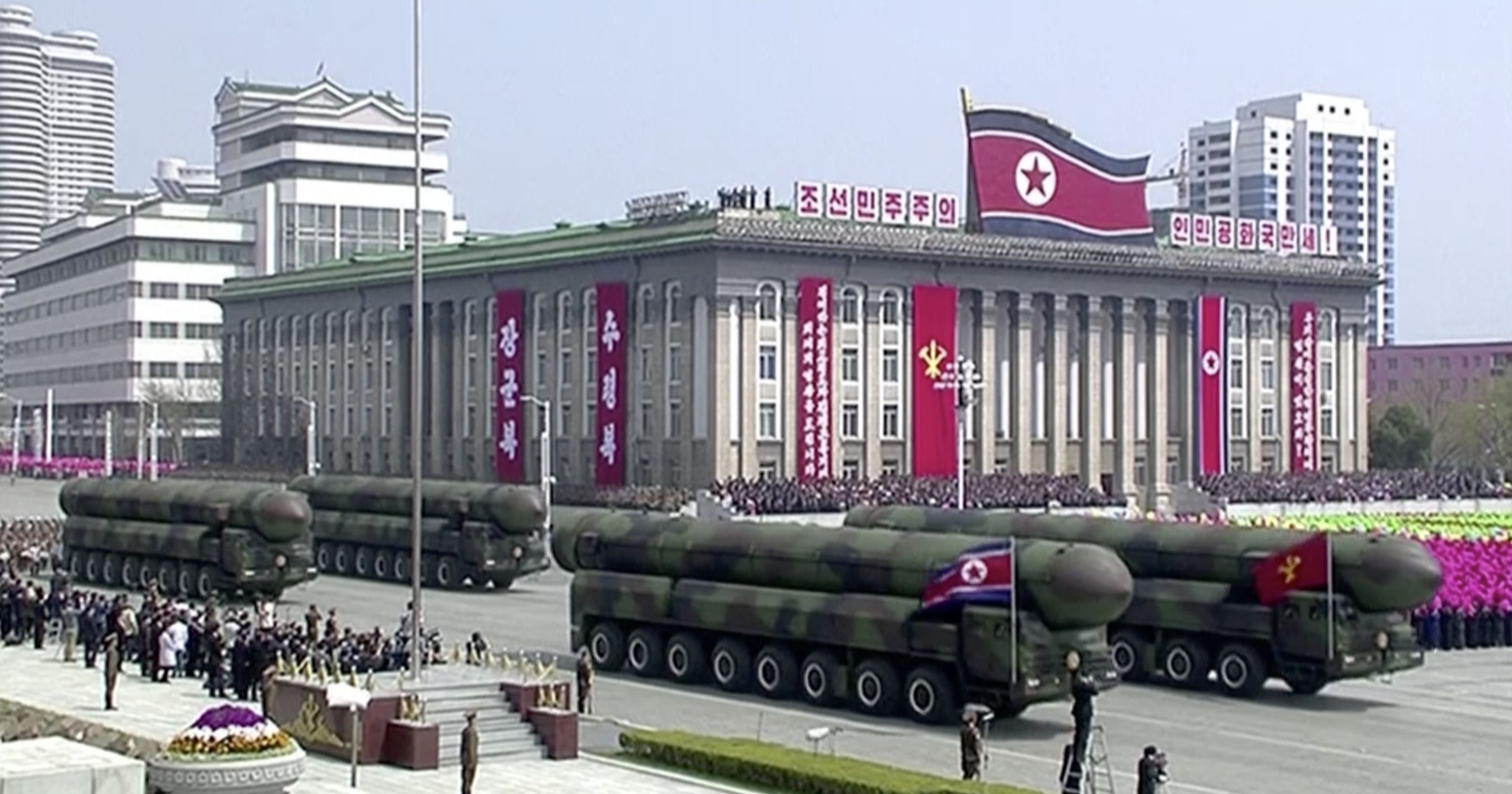 North Korea on Friday sent a radio broadcast of a new combination of mysterious random numbers believed to be coded orders to its spies operating in South Korea, one day ahead of late state founder Kim Il-sung’s 105th birthday, one of its key anniversaries.

The latest batch of numbers are different from those that have been aired to date. Pyongyang Radio last aired a broadcast of encrypted numbers Sunday.

Broadcasts of mysterious numbers are seen as a kind of book cipher that was often used by North Korea to give missions to spies operating in South Korea during the Cold War era. Spies could decode numbers to get orders by using a reference book, although many intelligence officials believe this form of sending orders to be outdated. Many have said the broadcast may be some sort of deception strategy aimed at sparking confusion within South Korea.